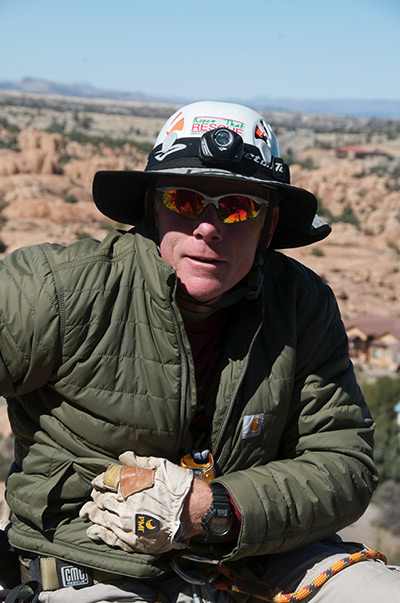 Del lives in Mississippi with his wife Mary, son Ryan and daughter Morgan. He is a shift foreman for an industrial plant near Mobile, Alabama. He also serves as the facility's Emergency Response Coordinator. He is a certified Industrial Emergency Response Specialist and has been a part of emergency response teams for industry since 1997, working as an industrial firefighter, Hazmat Technician, Emergency Medical Responder and Rope Rescue Technician. He holds National Board on Fire Service Professional Qualifications for Confined Space Rescue, Rope Rescue, Trench Rescue, Hazmat Technician, Hazmat Incident Command and Vehicle Extrication, but rescue has always been his real passion.

He has worked as an instructor for several rope rescue programs prior to working for RTR, most notably Texas A&M University's Fire school where he worked full time as a rescue instructor for 3 years. It was there where he reached out to Ropes that Rescue for Professional development training in 2010 on the Arizona Vortex and that has brought him back to RTR for class after class ever year since.

Del is a SPRAT certified rope access technician who's love for anything having to do with rope and rigging spills over from his career to his personal life. He is an outdoor enthusiast that loves hiking, biking, rock climbing, SCUBA diving, hammock camping, running and triathlons. He loves to teach and says, "there is always more to learn and more people to learn from!"